Consultation for each neurological issue may vary but would usually involve information gathering, thorough clinical examination as well as review of any previous investigations. It is helpful to know where the previous scans and blood tests were done. It is also valuable to have information on previously tried treatments. Often, access to the details of previously tried treatments is pivotal in deciding on choice and dosage of a new treatment.

Dr Sheikh’s main focus is Botulinum toxin treatment for various neurological conditions. These include movement disorders (e.g., blephrospasm, cervical dystonia), headache disorders (e.g., chronic migraine) and excessive sweating (hyperhiderosis). Treatments are administered in the consultation room with sterile single use equipment. Injections can be uncomfortable but are mostly tolerated very well with good efficacy. The exact treatment varies with the condition. Sometimes, a special needle with electrical sensor is used for treatment in conditions like dystonia. It senses the electrical activity of the muscle and ensures the tip of the needle is in the desired spot enabling delivery of toxin in an adequate manner.

Dr Phamnguyen has an extensive training in management of complex epilepsy cases. He manages the more complicated epilepsy. 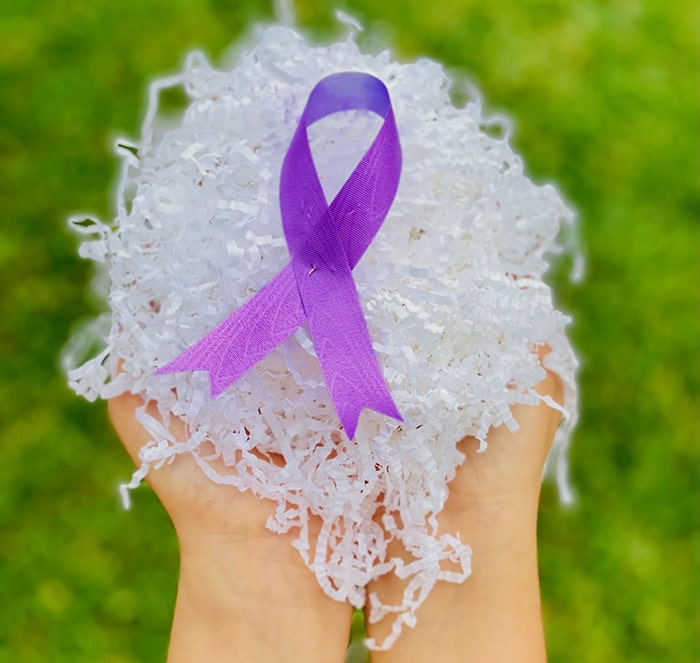 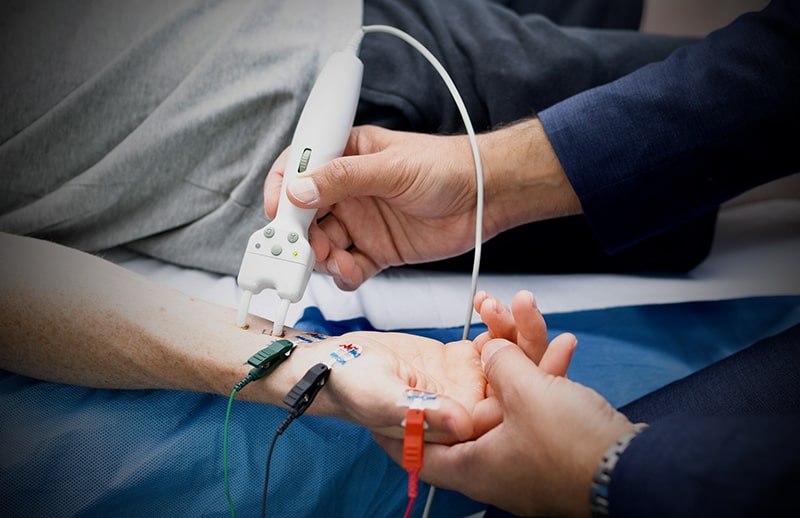 Nerve conduction study is a bedside test used in diagnostic work up of a variety of commonly encountered disorders like carpal tunnel syndrome and sciatica. We offer this service in Greenslopes and on the bayside. This test can be requested using the referral form.

EEG is a bedside test of measuring brain wave activity. It is a non-invasive test used in the diagnosis of several neurological conditions e.g., epilepsy. We offer this test at both our Greenslopes and Bayside clinics. Patients may be required to have a routine or a sleep deprived EEG based on their clinical need determined by their referring physician. We also off ambulatory prolonged EEG (for up to 72 hours). In this case, we set up the recording equipment that patients can take home. They can do most of their normal daily activities including driving (if appropriate). This test can be requested using the referral form. 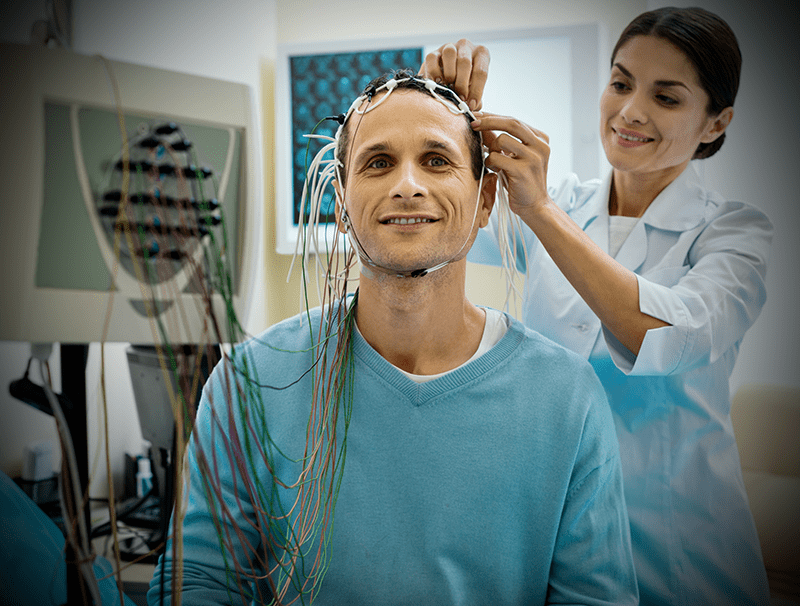 Contact Us To Book An Appointment
Go to Top